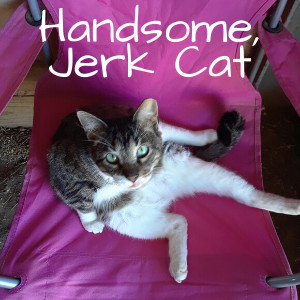 I want to introduce you to a very special barn cat named Handsome.

I inherited Handsome from my former employer when a horse training center closed down. He was supposed to go to another farm and that person backed out. So I took him with me instead!

Handsome is a 13-year-old tabby barn cat, or so I’ve been told. That’s ancient for an outdoor cat. He’s lived in a barn, pampered like the jerk-cat he is, for his entire life.

He is also one of the few cats that I did not have to neuter as he was already neutered and ear-tipped before I inherited him. I also did not name him as he’s always been such a gorgeous cat that they named him Handsome!

Handsome is a Jerk

Handsome, as much as I love him, is a jerk. He’s very ‘alpha’ and likes slapping the other cats away from the food. He also LOVES being in your lap and getting attention. He adores being pet and scratched. On HIS terms. Watch out, because if you aren’t paying attention, he will turn and bite you to get you to stop petting his ‘no-no’ spots.

He has no concept of keeping his claws sheathed when on your lap either, then gets mad when you set him down! He’s always been a demanding lap cat and that obviously has not changed.

But he’s super friendly, otherwise, and will jump on anyone’s lap for some love. 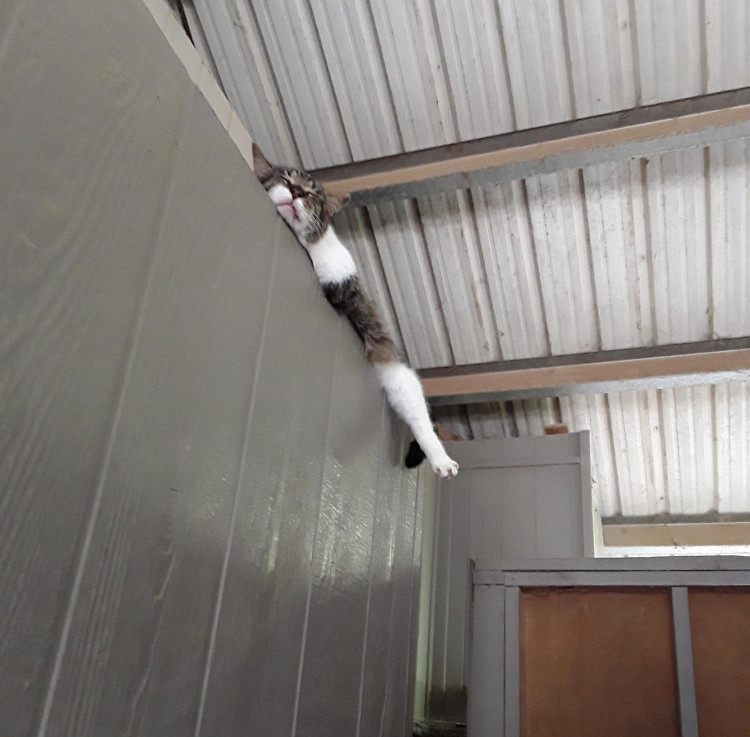 This jerk-cat has the most gorgeous green eyes I’ve ever seen on a cat. Just beautiful. He uses that direct stare to his advantage too!

He likes climbing on top of fence posts to survey his domain and look down on everyone and everything.  He’s very judgmental like that. 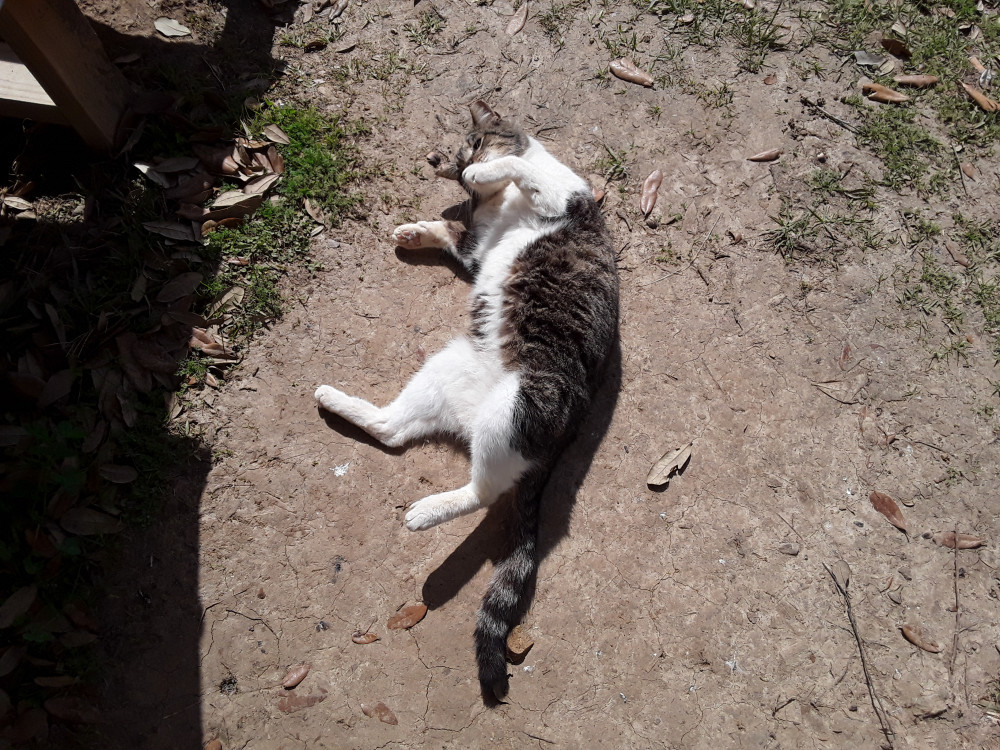 Now that I have Handsome, he’s actually been a little more interested in coming inside some. He’s getting older and slowing down. He doesn’t like the cold.  He loves his wet food, now that I’m his caretaker.

He’s also fighting an upper respiratory infection that isn’t going away, although many vet visits and antibiotics later, we have gotten it greatly reduced.

I worry about him now, the poor fellow. I’m not ready to give up on him, just for some snotty sneezes, so I haven’t tested for FIV/FeLV yet. Especially as antibiotics do work!

When he’s feeling good, he still runs and jumps and plays, even at his age! It’s amazing to watch. 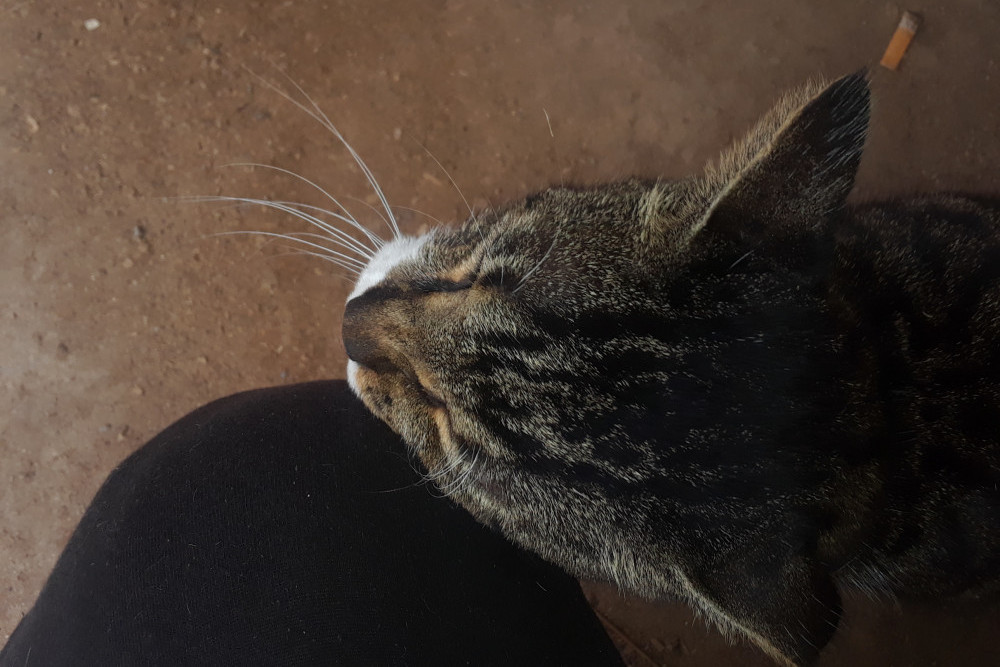 Everyone Loves a Jerk Cat!

Handsome is a permanent resident of my colony. He’s a favorite of people around the barns, even though he’s a jerk! And you can often see pictures of Handsome, and the other permanent residents of the BCL’s Colony on Instagram!

Do you have a jerk cat in your colony? Share their story with me in the comments! I love hearing stories about happy, healthy barn cats, community cats, and feral cats!