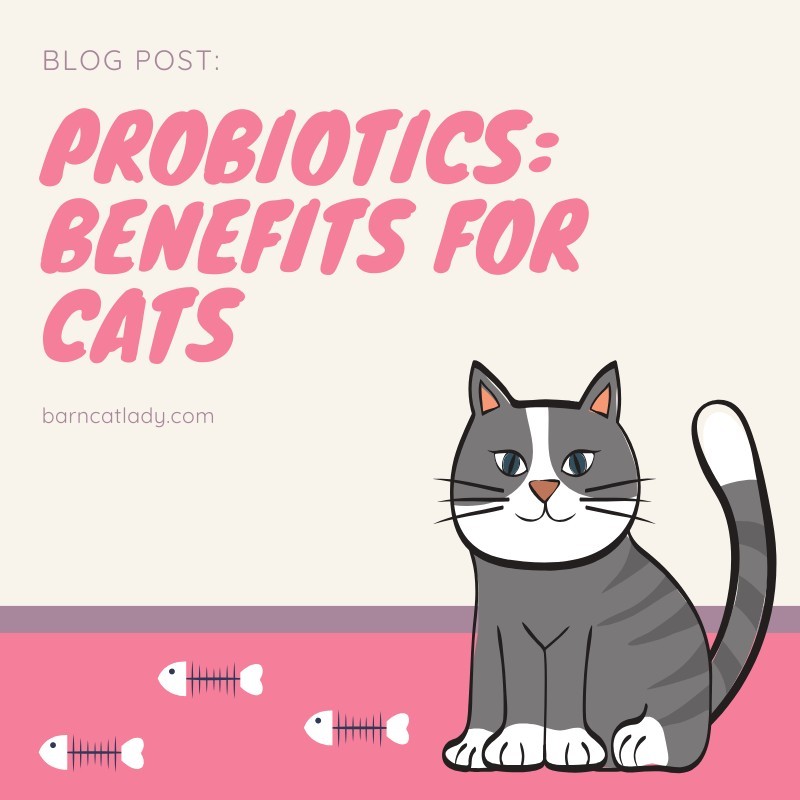 Probiotics are all a big deal right now, even though they have been around in certain foods, like yogurt, for ages. What you might not realize is that probiotics can have benefits for cats, too!

I had an occasion where probiotics helped save a cat from suffering explosive (and painful) diarrhea after he had been dumped here at the barns.

It can also save barn cat owners a trip to the vet! (Because we know how quite a few unsocialized cats are at the vet. Stitches, anyone?)

Disclaimer:  Some links in this post are affiliate links.  This simply means I may make a small commission on qualifying purchases.  See full Affiliate Disclosure for details.  Thanks for supporting the kitties!

Probiotics are basically GOOD bacteria that help our bodies (especially the digestive system) function properly. Probiotics are also vital to cats! Sometimes, our cat’s good bacteria get knocked out of whack, either because of an illness that requires a course of antibiotics or a zillion other reasons.

There are many studies being done about probiotics helping cat’s immune systems, including whether or not they help cure cats of parasitic infections such as giardia or certain types of worms.  (There are no published studies on probiotics completely ridding cats of parasites, so vet visits are still in order!) The research does look promising, even if scientists don’t exactly know how it works.

When should you give a cat probiotics?

Ideally, you can give probiotics to a cat daily with no issues at all. Probiotics are a healthy source of beneficial bacteria for your cat’s gut.

However, you shouldn’t NEED to give a probiotic daily as their digestive system should be functioning fine without it. But sometimes, they need a little help.

Personally, I give a cat probiotics for two reasons. 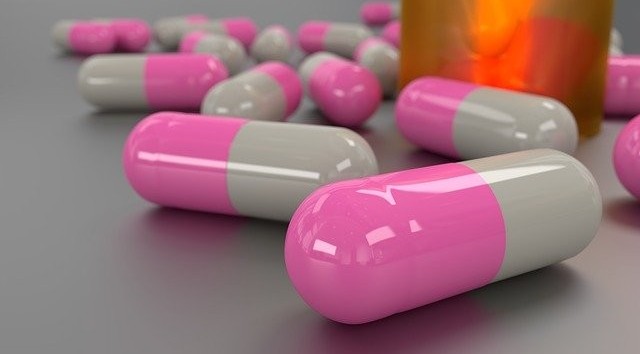 Probiotics should be given to our feline friends when they are on antibiotics. Antibiotics do not just target BAD bacteria in our bodies, but they also target GOOD bacteria, leading to an imbalance.

In women, simply taking antibiotics can cause yeast infections. In cats and humans, taking an antibiotic can lead to diarrhea and other symptoms as well.

Taking a probiotic can alleviate or prevent these issues!

For Diarrhea and Off-Color Poo!

As I deal with barn cats, my first go-to for barn cat diarrhea is deworming. Because usually, it’s a parasite that causes diarrhea in our outdoor feline friends, unfortunately.

When deworming doesn’t clear up diarrhea, it is time to take the kitty to a vet for a fecal test so that other parasites can be treated or ruled out.

After that, probiotics are often a lifesaver for kittens and cats! 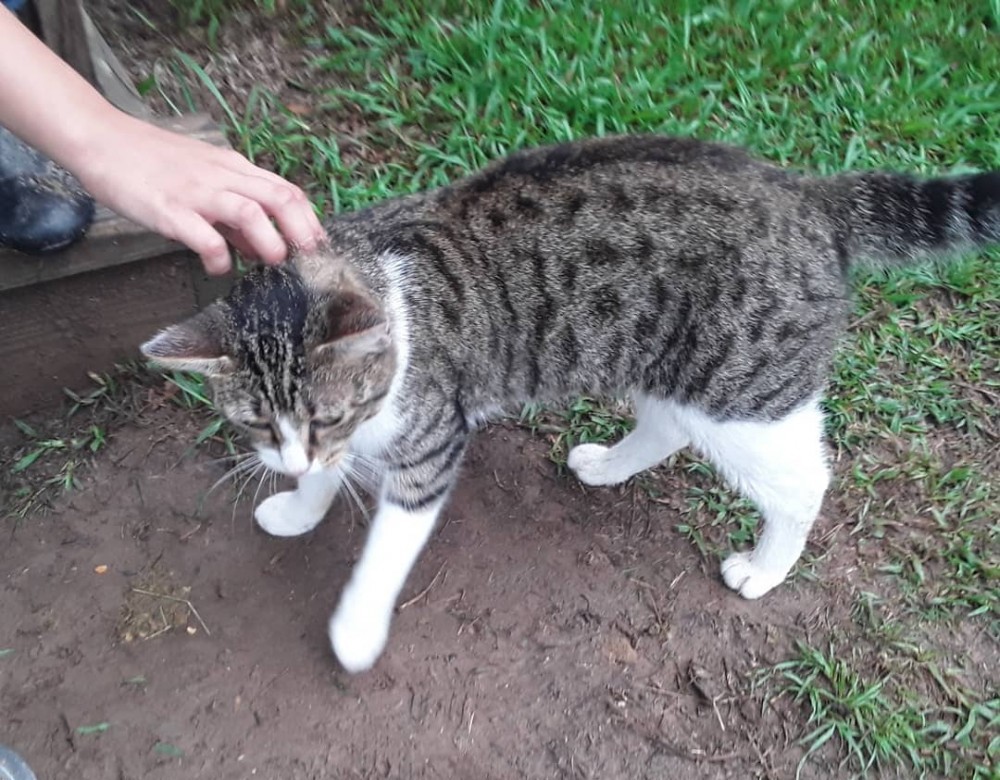 Stubby is a cat who was dumped at the barns this spring. Unneutered of course.

He developed a bad case of diarrhea. I immediately dewormed him with pyrantel pamoate (for roundworms and hookworms). It didn’t work. Then I tried Panacur (for roundworms, hookworms, and giardia). Treated him with an antibiotic for coccidia. STILL no go. I even tried Imodium, which can be given to cats (CAREFULLY), and it didn’t work!

Poor Stubby and his butt were so raw and angry-looking from all this diarrhea. He was leaking everywhere.

So I tried probiotics.

Within 24-hours, he stopped going everywhere. His bum still needed some healing, but his diarrhea… is GONE.

I’ve also had two instances when I’ve had to give probiotics to kittens for digestion issues and it helped BOTH of them.

So there are a few options you can try for probiotics for cats if you want.

If money is an issue, you can use yogurt. That said, some cats are lactose intolerant so if that is a concern, or if the cat’s diarrhea gets worse, or possibly gets gassy, then you may have to switch to something else.

You can try the stuff found at pet stores that is fairly cheap, called Nutri-Vet Probiotics. It does work, I’ve tried it. That said, it smells AWFUL.

You can try a cat food with probiotics added to it, such as Purina Pro Plan.

My recommended cat probiotic is Purina’s Pro-Plan Fortiflora, though. Simply add it to your cat’s food (wet works best) once a day and viola!

I highly recommend it!

Do Probiotics Work for Cats?

I’ve had to use it a couple of times for specific issues that didn’t seem to have a cause and it worked every, single time. That said, you do want to rule out parasites or other issues before you rely on a probiotic to cure your barn cat’s diarrhea issue.

You’ll be sadly disappointed if you don’t treat the cause of diarrhea first.

Otherwise, it works. I’m a huge proponent of adding it to my cat’s food when the occasion warrants it.

Do you have any stories of probiotics working for your cats? Tell me below!

6 thoughts on “Probiotics: Benefits For Cats”