If you own or work in any farm or other agricultural property, you have likely found cats or kittens dumped carelessly by selfish, thoughtless people. It happens around 4 or 5 times a year at the barns here, that I’m aware of. How many more litters of kittens abandoned that die, we may never know.

Luke and Leia were two such teenage kittens, dumped by cruel humans and left to fend for themselves.

A friend from a different barn further up the property looked me up one day. He had found two super friendly kittens, not terribly young, who were dumped at the barns by someone.

After work, I headed over that direction. When I walked into the barn, I saw two identical, cute floofy tabbies standing on a wheelbarrow. 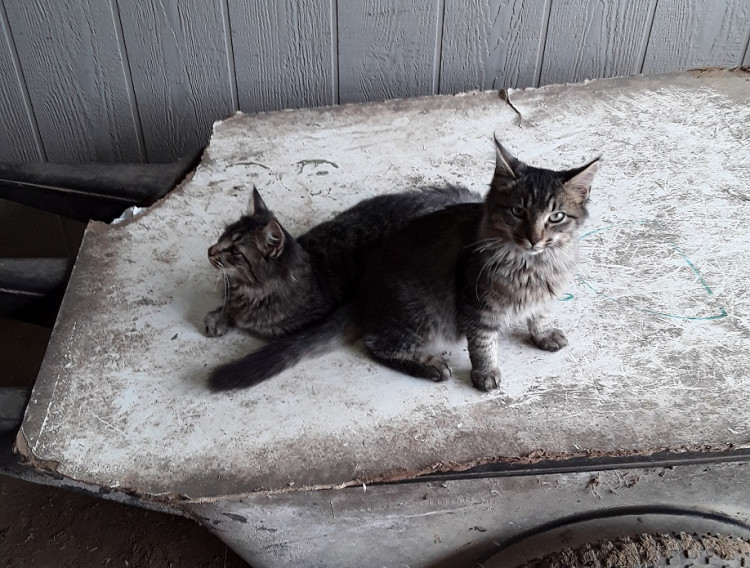 They accepted touch easily, butted into my hand, and purred. They flinched and dove behind the wheelbarrow when a horse walked past. They were very friendly.

Once you’ve been around cats born at barns, you can immediately tell when someone dumped cats off. Cats born outside – even IF they are pretty well socialized – are pretty cautious. They run first, ask questions later. They will stop and look back at you to see if you were chasing them or if they still need to run.

If you talk softly and crouch down, you may be graced with them coming back for a head scratch. That’s a barn cat in a barn with many people, not all of whom like cats and just shoo them out of the way. They learn not all people are friendly. They learn horses might step on them. They learn to move out of the way first, then figure out what they were running from next.

Even the friendliest ones, if surprised, will do this.

Cats or kittens dumped are usually frightened, if not petrified. They are usually very socialized to people and will cling to the rescuer immediately. I have had scared kittens climb up my pants to get close to me upon first meeting, once I pet their head. Crying kittens. Once fed, watered, and taken somewhere safe, I’ve had dumped kittens insist on sleeping on TOP of me for two days, not leaving me at all except to go to the bathroom or eat. They refused to even sit beside me.

They’re grateful for safety and it shows! Barn cats are more independent and used to being alone.

So it’s pretty easy to tell Luke and Leia were just dropped off and not born there. (Plus I know most of the cats). 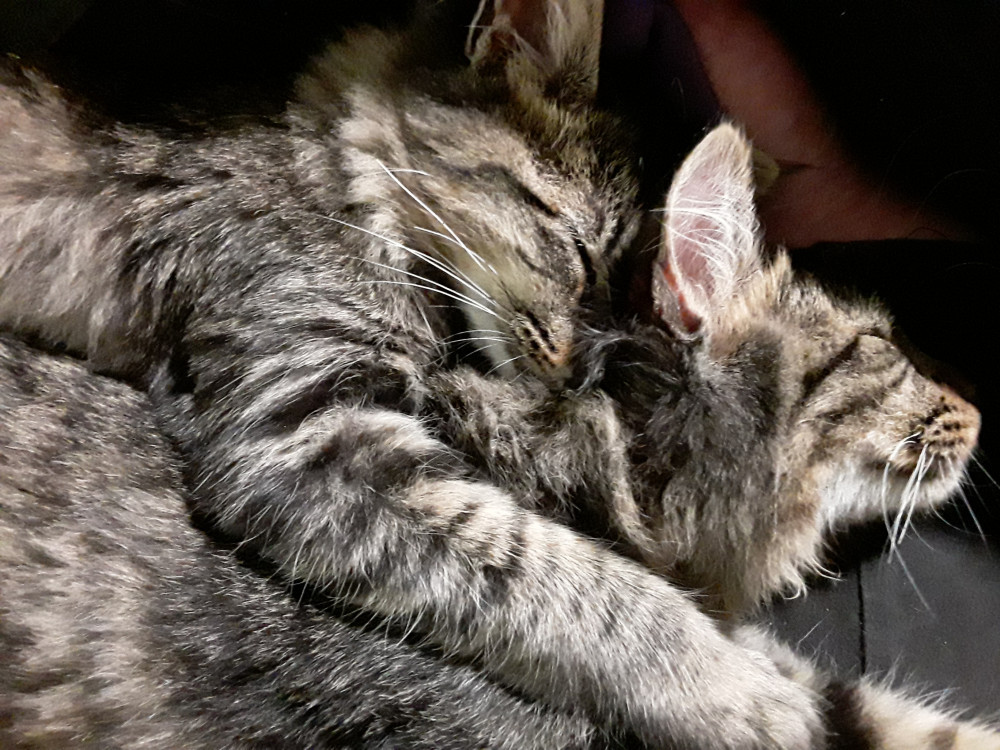 I took Luke and Leia in my little studio. I gave them flea medication and dewormed them. I also fed and watered them. All of this was done while waiting for their spay and neuter surgery.

I learned to tell them apart! Luke was heavier and more lovable. Leia was a dainty floof who was a bit more reserved in her affection. Luke would rub your legs nonstop as soon as you stood up. Leia loved crawling under the covers to hide under your legs.

I got them fixed, microchipped and vaccinated a week later.

I advertised for homes immediately after a week had passed post-surgery.

The biggest issue? I insisted they be adopted together!

I had a lot of interest in both Luke and Leia. Some people were only interested in one. A couple of people were interested but wanted me to waive my fee. A few were promising! One was sketchy.

I charge a small fee ($25 per cat) because I advertise on Facebook and Nextdoor app and want to ensure a good home. I honestly should charge more to help recover some costs of each foster, but with the flood of kittens, I cannot do it and still get them adopted.

I finally found someone who was EXCITED to own both of them. So excited, she wanted to meet immediately.

She had lost her Maine coon cat two years before and was just now interested in looking for a new pet for herself, her kids and her husband. Her cat had to be euthanized due to illness and she didn’t want another for years. That cat was over 34 lbs she said. She even showed me a picture of him! Crazy big cat.

Turns out, Luke and Leia look identical to her beloved cat, though not as large. She was looking for a Maine coon or similar, and felt two was even better than one!

Luke and Leia had found their new home! 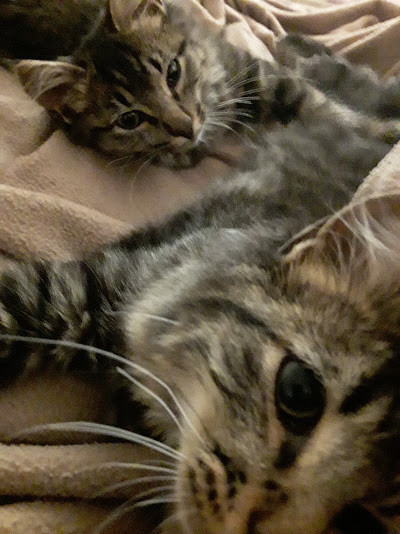 It’s very hard for me to say goodbye to my fosters. Even Luke and Leia, who I had only a few weeks. I got to give them cuddles to say goodbye, at least.

I wouldn’t change anything I do for the world, no matter how hard it is. It’s expensive too! But it’s fulfilling for me. I don’t get thanks, except by the cats. People look at me funny for getting cats fixed all the time, but that’s okay.

Luke and Leia living a life indoors with a family to love them both? It’s totally worth it.