I wasn’t going to post today, to be honest. I lost a foster kitten this morning and I’m devastated. I decided, however, then what better way to express my grief than to share with you his story and memorialize him here on Barncatlady.com. 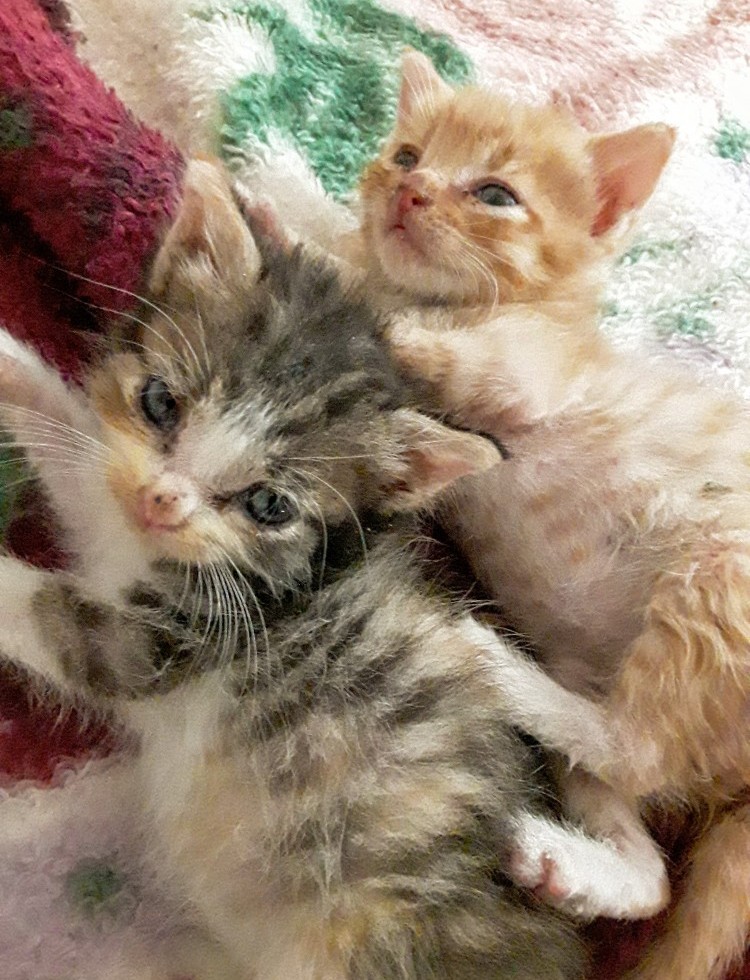 Nutter and his sister, Chips, were born to an outside cat with one other older litter born to another cat in their colony. One of the mothers died and the remaining mama cat had SEVEN kittens she was trying to take care of with very little milk. I agreed to take the two youngest ones to help ensure more of them survived.

When they arrived, they were tiny and a bit underweight. Definitely hungry little monsters. As I had already had the special needs kitten, Oreo, I decided to stay with a cookie theme and named the orange tabby boy Nutter and his torbie sister Chips.

Both were tiny, hungry little monsters, but healthy as can be.

Nutter and Chips played like little feisty fiends all day, every day.  They ate like they were never going to get fed again.  And Nutter especially loved to sleep against my neck.

The first time they figured out how to climb onto the bed, it was all over.  Nutter woke me up every single morning cuddled on me.

He was my favorite of all the fosters and the most snuggly.

I’m uncertain if Nutter had it before he got to me or if I accidentally brought it with me petting one of the outdoor barn cats or even if the few cats who come in and out brought it in and then I touched him, but…

He started getting watery eyes a couple of weeks after I had him. No one else had any upper respiratory symptoms, so I don’t know.

It progressed to congestion and a snotty nose. It’s basically a cold for cats. Outdoor cats often get exposed to them.

I wasn’t too concerned at first, kittens born outdoors often contract upper respiratory infections. According to my vet, they are usually viral in nature and there isn’t much you can do other than let the immune system do its job. UNLESS they get a secondary infection that leads to a high fever or pneumonia or the like, then veterinary care to help the symptoms and antibiotics can be used.

I took Oreo into the vet on Friday.

By Wednesday, I took Nutter into the vet. He was looking miserable and losing weight. His temperature was low. I left him there to get his temperature up. They gave him fluids, B-12 injection, steroid injection, antibiotics, and I picked him up that afternoon. I was under instructions to take him into the bathroom for steaming and keep him warm, get him to eat or syringe feed him if necessary. They said his lungs sounded fine.

Thursday, Nutter perked up some and ate like a champion!

Friday morning, his appetite was gone again and he did NOT look good. I called my vet immediately, while I was at work, at 8 am when they opened. I explained the situation, explained I did not have a lot of money left after TWO vet visits the past week, but he was not doing well. They agreed to see him and not charge an office visit but just charge me for the medications.

Unfortunately, I was too late. I got back from work, had poor Nutter on a heating pad and was getting ready to go to the vet as soon as I could.

He passed before I could even leave.

I tried CPR. I begged him. I cried. I held him in my lap, wrapped in a blanket, as I called the vet back to inform them. 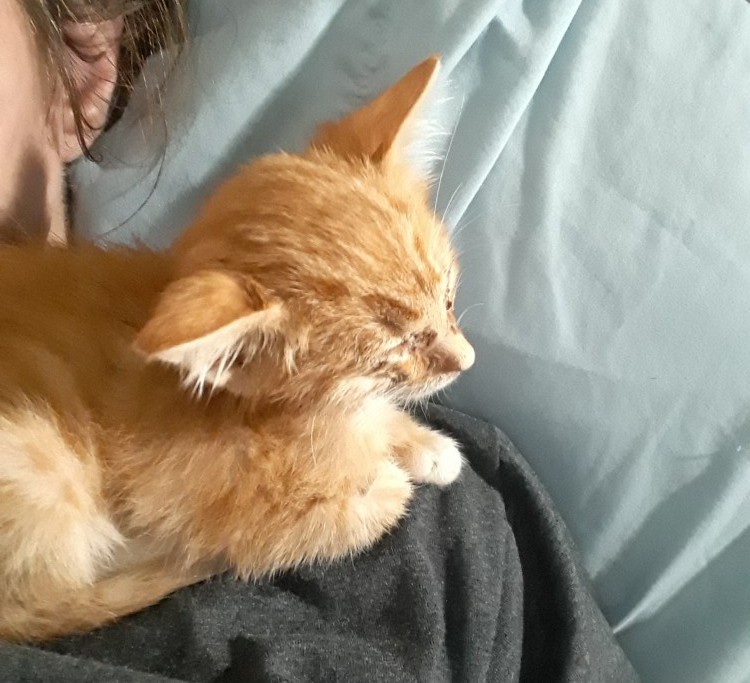 Grief and Guilt and Anger

This is the downside to fostering kittens. They are so incredibly fragile and every time I lose one, I never want to do it again. Ever. I hate this.

I lost him only five hours ago. I cried, I begged him, and even trying CPR. The antibiotics haven’t had a chance to even work yet!

I’m angry with myself for not taking him in on Monday, or earlier. I’m angry with my vet because they said it was simply a URI and there wasn’t anything in his lungs, but he looked like he was laboring to breathe to me. I’m upset I didn’t call in sick to work and take him to the vet at 8 am when they opened.

You second guess every decision you made. You wonder what happened. And you just want to cry yourself to sleep. Cuddle the other fosters. I’m eyeing them all, wondering if the other two will suddenly come down with an upper respiratory infection as well, though Oreo and Chips are fine.

My heart is broken. 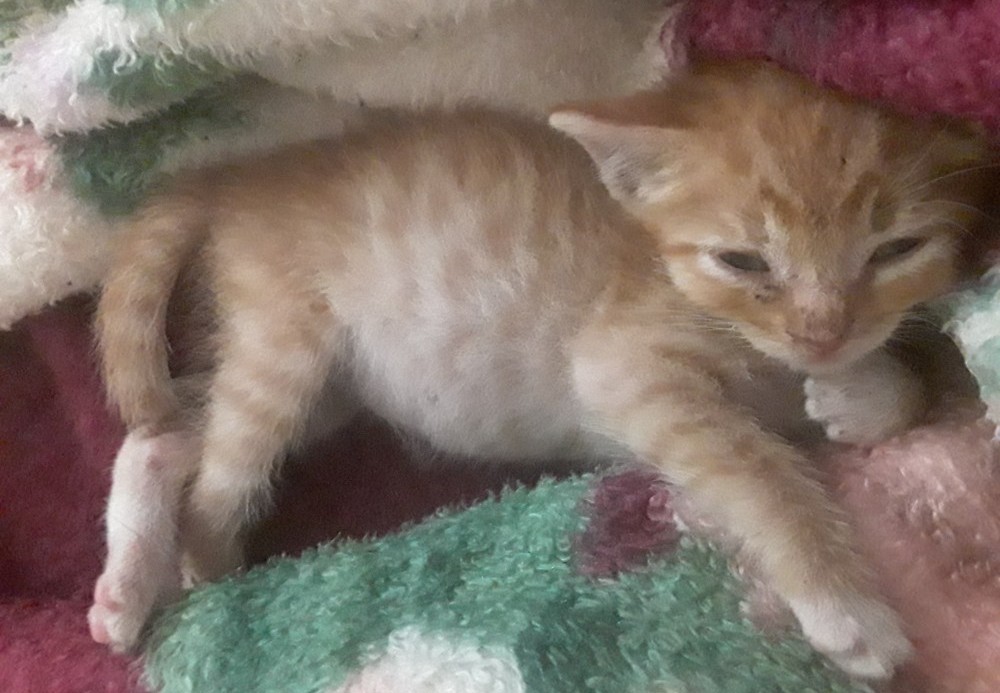 I’m sorry, Nutter. I failed you, little guy. I loved you and I hope you knew that went you passed. I’m sorry about the medications you hated so much. I hope you’re at peace, my little cuddle buddy. I miss you.